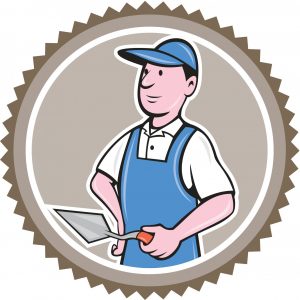 Hi, and thanks for visiting us at Dallas Paving Pros!

That’s it! Every corner of our business, from our expert team right down to our smallest piece of equipment, is about making great concrete and asphalt happen. Our work is durable, looks fantastic, and is competitively priced. Here’s what we can do for you and any paving needs you may have:

So beyond our equipment and specialist crew, what makes us awesome? We’re professionals. Every concrete and asphalt job we do is based on a detailed costing and construction plan. So you’ll know what your getting, every time.

We also build and repair with durability in mind. We make sure our work is as resistant as possible to potholes, cracks and crumbling. Here’s some more detailed information about our services. 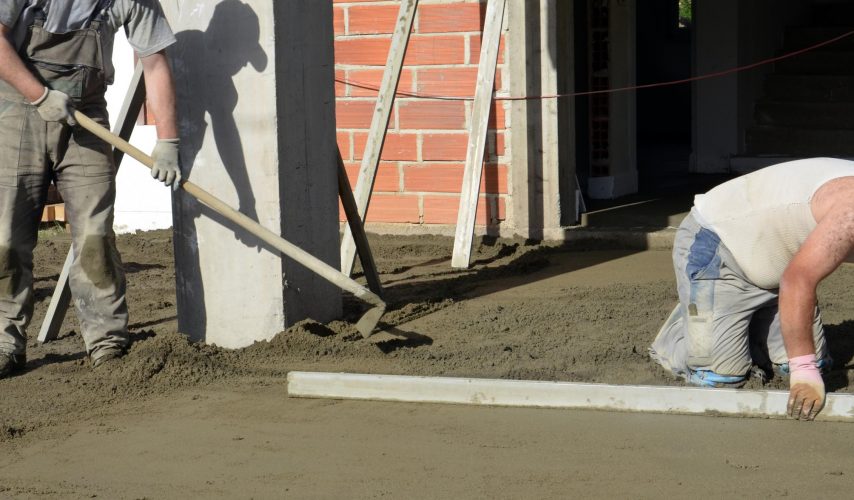 We mix our asphalt so it’s built to withstand a pummeling from the elements. Our asphalt driveways are properly graded and are coated to resist UV, water and chemical damage. We also work fast and to an agreed schedule! We’ll have your highest quality driveway ready for your car again in no time.

Asphalt is tough, but sooner or later cracks will form. When that happens, your asphalt is a bit like a sore tooth. If you don’t get to dentist that tiny crack will be a huge cavity in no time. We’ll assess your site and figure out the cause of those pesky potholes, cracks and surface irregularities. We’ll fix the underlying issue then we’ll repair the surface layer of asphalt. Resurfacing can make your existing asphalt look like new. Our repair services include, but are not limited to, crack filling, crack repair, pothole repair, asphalt overlays and patching.

Sealcoating is a quick and inexpensive process of applying a protective layer to your existing asphalt. It rejuvenates the asphalt’s appearance, but just as importantly, it can up to ten years to the life of your asphalt surfaces. If you’re looking for a nice, quick way to add a ton of curb appeal to your home, ask us about sealcoating! It’s one of the most cost effective ways to add a bit of pop to your home frontage. 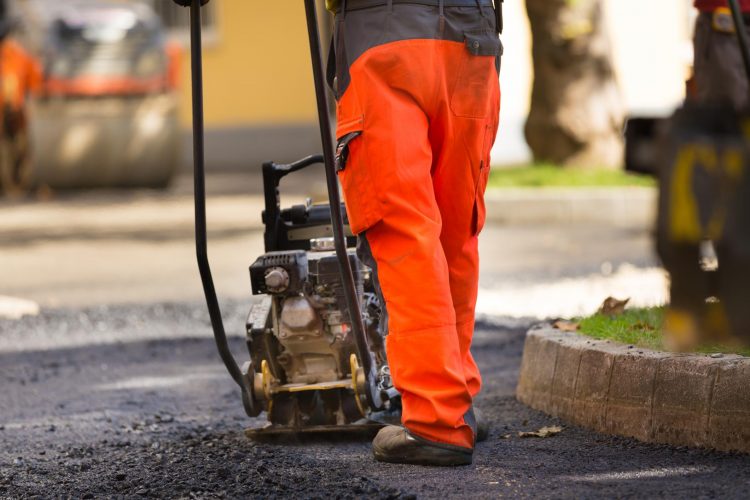 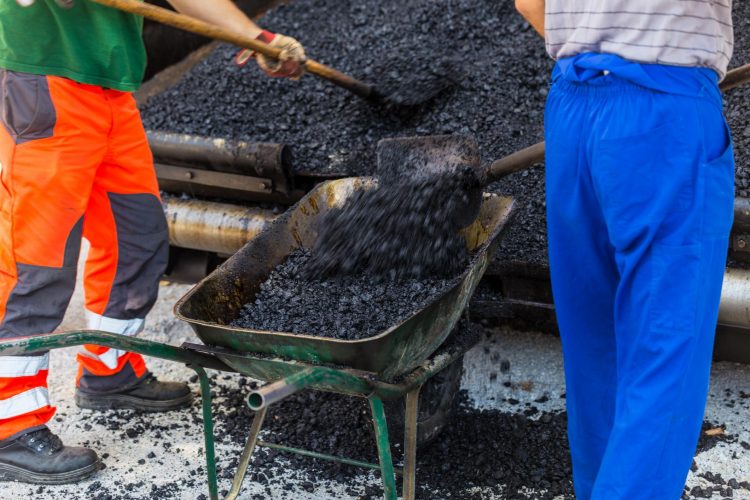 Here’s the thing about concrete. It can look kind of ordinary or it can look amazing. We do amazing. We won’t just build you a concrete driveway that could outlast a zombie apocalypse, we can finish it with a range of cool and beautiful styles, from stamped, to textured to stained.

Dallas Paving Pros have built a wide variety of serviceable, attractive and long-lasting paved areas for local commercial properties. We only use commercial grade building materials, so you can rest assured your asphalt and concrete paved areas are going to look great for a long time. We also work fast! Our goal is to minimize your operational downtime or even make it non-existent. Our asphalt paving contractors have years of experience in parking lot repair and parking lot striping. We have a big crew of diligent workers, which means we can transform your parking lot or paved area fast. 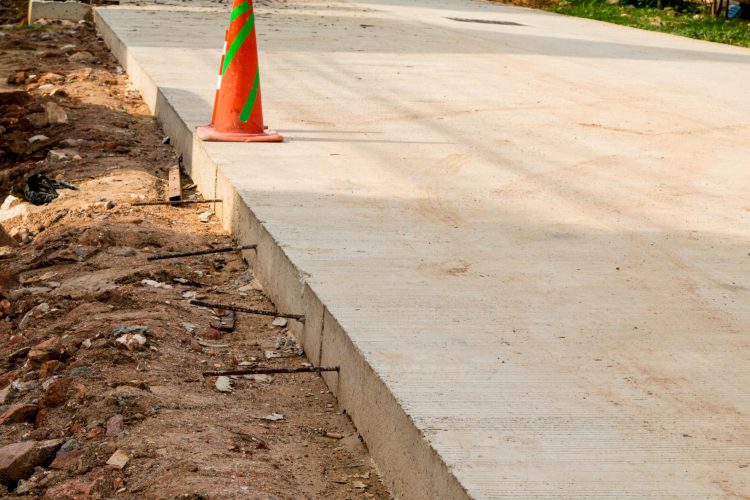 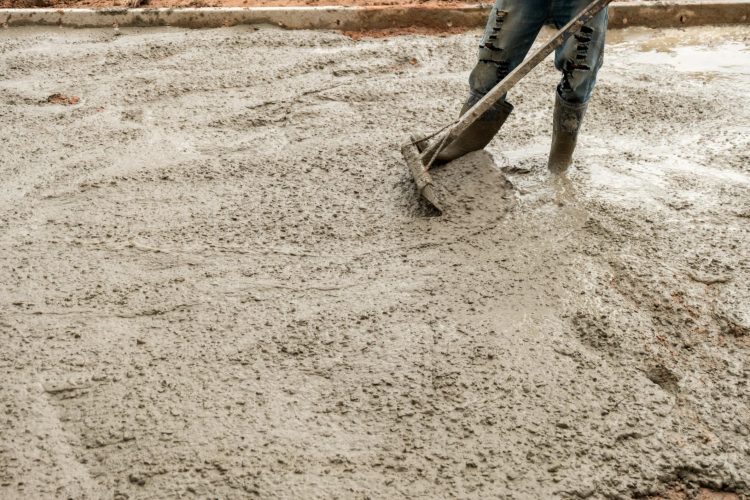 Dallas Paving Pros are ready to provide quality work for you. We provide new construction and paving repair in the Dallas-Fort Worth area including Arlington, Plano, Irving, Grand Prairie, McKinney, Lewisville, Denton, Grapevine, and Frisco. Contact us today to talk about any concrete or asphalt work you need done. We’ll be delighted to talk you through your options.

GET A FREE ESTIMATE 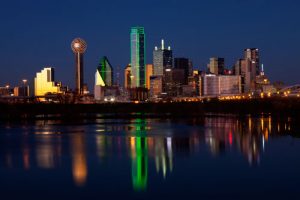 Sure. Dallas has night clubs, bars, shows — all the conventional “adulty” stuff one does when seeking a bit of entertainment after hours. But Dallas happens to also have a thriving, albeit more geeky, nightlife catering to people seeking something a bit different.

Here’s a lineup of things you can do in Dallas at night which kind of bust out of the normal nocturnal entertainment fare.

Slum it at Double Wide

The Double Wide is a dive, which is kind of the point. This dimly lit, cheerfully desolate bar is the kind of place which becomes extraordinary through being so completely and unapologetically ordinary.

The bar itself is set up in a double wide trailer. It has basic drinks, even more basic snacks and a generally wholesome sense of sitting around and waiting for the world to end while gazing over faded astroturf.

It’s tacky, it’s bustling, it’s kitsch. It’s a perfect place to go if you’re in Dallas and want to go out in an old pair of jeans and a mustard stained t-shirt.

You either hate corny ghost tours or you love them. But whichever way your tastes lean when it comes to tales of the beyond, most would agree that the whole spooky vibe becomes a lot more plausible after a few drinks.

This tour gets one things very right: the night starts at a pub. After a few preparatory libations, it’s time to head out into downtown Dallas, exploring its many bars and spooky spectral hot spots.

The creepy stories end up becoming a warm, fuzzy backdrop for a silly conversations and lazy pub ambling. If you end up seeing a ghost or just seeing double, you’re guaranteed a pleasant evening. 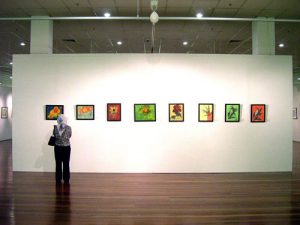 If you want to take your Dallas evening adventures into slightly more high brow territory, you can’t go wrong with a touch of gallery hopping.

One of the beautiful things about Dallas is that it’s teeming with cool galleries — everything from niche textile exhibitions right up to the lofty curated affairs of Deep Ellum and the Design District.

There’s something for everyone, and the smaller galleries often give you a chance to directly interact with the curator or creator behind the exhibit.

A great place to begin your quest for new gallery experiences is the too cool for school website, Art & Seek. Here you’ll find a steady onslaught of arts and culture events happening around Dallas, many of them held exclusively after dark.

While it’s probably not ideal to linger too long in the typical tourist trap stuff, especially if you spend a lot of time in Dallas, there’s something kind of cool about the Dallas Evening Tour.

It’s the kind of tour you’d take grandma on.

Your night starts with a jaunt through downtown where you’ll get to see all the big, impressive buildings lit up and gleaming against the early evening sky. Then you get to head out into Main Street, Uptown and other more quirky Dallas neighborhoods.

It’s a fun and easy way to get a nice inkling into the civic heart of Dallas, while also getting your fair share of pretty evening neon glow. Best appreciated in the warmer months!

Late Night at the DMA

Then there’s the wondrousness that is the late night program at the Dallas Museum of Art. This might seem weird, but one of the particularly cool things about late night events at the DMA is that they’re somewhat rare.

They’re only held every third Friday, so it often feels quite fortunate and “meant to be” when you find your looking for evening adventure on a DMA night.

You never know what you’re going to get at these smorgasbords of cultural curiosity. One night you might find yourself witnessing a dramatic talk about the life of a prominent early Dallas inhabitant.

Another night you might be introduced to the wonders of bawdy singalongs with bushy bearded balladeers. 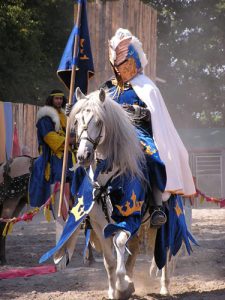 There’s nothing classy or culturally redeeming about a horde of (mainly tourists) eating chicken wings and attempting (mainly unsuccessfully) to speak in an oldy timey voice to (mainly disgruntled) wait staff.

There’s just something inherently worth doing about the Medieval Times Dinner and Tournament.

The key to this evening Dallas experience is to commit wholly to getting unapologetically medieval for one night. Cheer for your team’s knight. Eat chicken wings like you mean it. Then go home and you need never speak of this with your friends again.

The bottom line is, Dallas night life has a lot to offer the geeky, the intrepid and the brave — provided you know where to look. Whatever your tastes, each of these options is a great way to get a small taste of something unusual.